Game boards are square, and in 2015, for the second time in my long practice, I became impatient with the eternal rectangle. In preparation for a solo at Galerie Colline, Edmundston, New Brunswick, I began experimenting with shapes, cut from plywood and intruded with meandering jigsaw 'lines'; to be responded to and resolved with paint. I called the collection 'Mise en Scene', after its flagship painting. 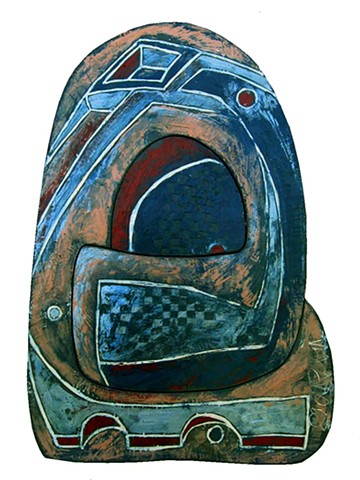 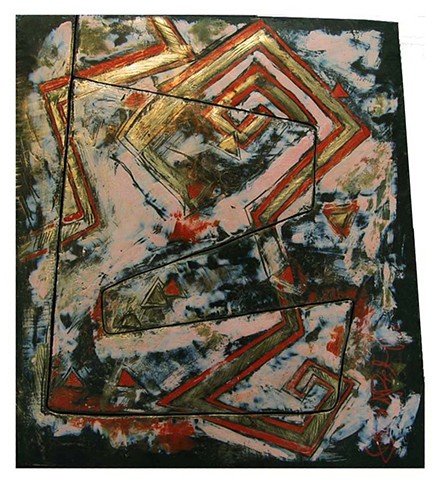 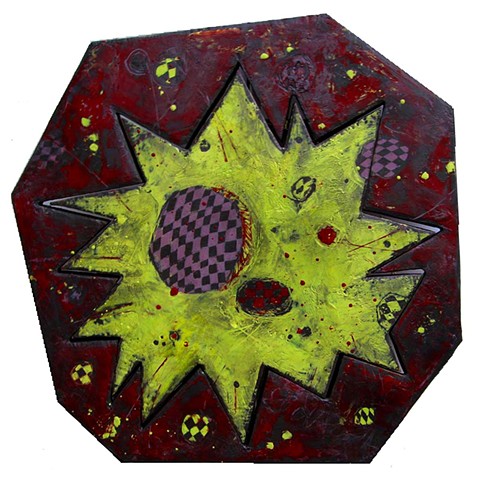 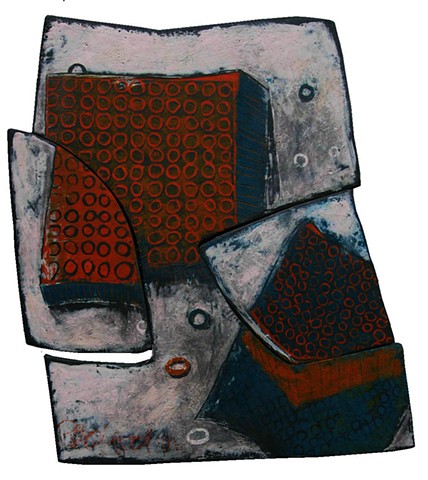 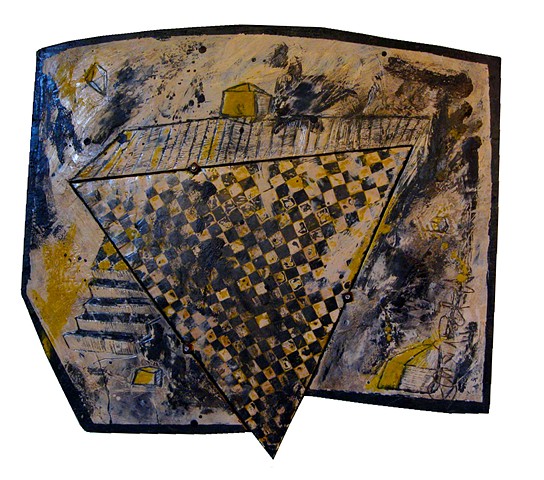 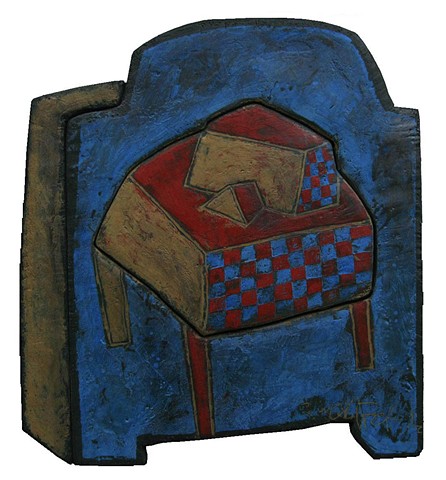 (I have a thing about square spirals. You'll see more soon!)